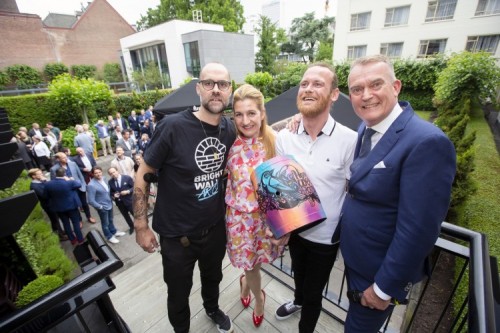 On Wednesday 12 June the first barrel of new herring was awarded to a resident of Rotterdam who means a lot to the city. This is the third time the annual ceremony has been held. This year the highly sought after barrel was awarded to Patrick van der Jagt better known as Caveman. Street artist Eelco van den Berg (I AM EELCO) colourfully decorated the barrel during the herring party itself, organised by the Bilderberg Parkhotel Rotterdam and PR agency MissPublicity.